A cube, a quintillion dollars coin and the power of decimals
« Back to home

A cube, a quintillion dollars coin and the power of decimals

Last week stood out by some popular discussions about minting a particularly huge bullion coin to avoid a Debt Ceiling default of the United States of America’s Federal Government. More precisely, a one Trillion USD platinum bullion coin. While I’m not an expert on American right nor do I have any opinion about if such a project is wise or not, contrary to what some Twitter commenters suggested to my thread:

do you actually believe that the coin would have to have $1 trillion worth of platinum in it? Or are you just making dishonest arguments against it.

To be fair, I genuinely wondered what such a bullion coin would look like if it was indeed made of one Trillion dollars worth of platinum at the current valuation. In case you’re more interested in the former legal aspects of such a project, I encourage you to go through this more law-oriented blog post from Preston Byrne, who, as an American lawyer, is I suppose much better informed about American rights than I’ll ever be.

Therefore, in this blog post, I’m going through where this idea came from, how I made my calculation and initially done a volume conversion mistake. It’s also an occasion for me to test more in-depth this \(\LaTeX\) javascript library 1. Now that our workplace is set, let’s follow the sheep:

The embarrassing thing for a self proclaimed mathematician is how wrong the math is.

The cube would have a side length of only 10.54m as one m3 of platinum is worth almost a billion dollars. pic.twitter.com/R1RwCVEmJo

This whole idea started with an old article from Wired 2013, I ended up there by googling something like “$1T platimium coin volume”, and while the article is a bit old to be relevant, my main source of annoyance was:

As a reminder here is the map of all the countries in the World which are not officially using the metric system:

So let’s start back the calculus in a system that everyone can follow. While prices keep fluctuating, one kg of platinum is currently worth around $31500, so from here we can check the conjectural weight of one Trillion worth of platinum:

Or 31.7k tons of platinum or between 150 and 200 years of platinum mining depending on the year you use as a reference. I can read online that one cubic meter of platinum weighs 21.45 tons, from there we can easily determine the volume of this Trillion coin:

And it’s here where I’ve done a dumb mistake in the rush, I wanted to find a visual to understand what 1000 \(m^3\) would look like and in my mind one kilometer is the addition of 1000 meters. And that’s here that the power of decimals is coming in:

Ultimately the one trillion dollar coin would be one-third bigger than an Airbus A380 which has a total hold volume of 1134\(m^3\). Thus not as big as Manhattan’s giant towers, but already quite significant in size. 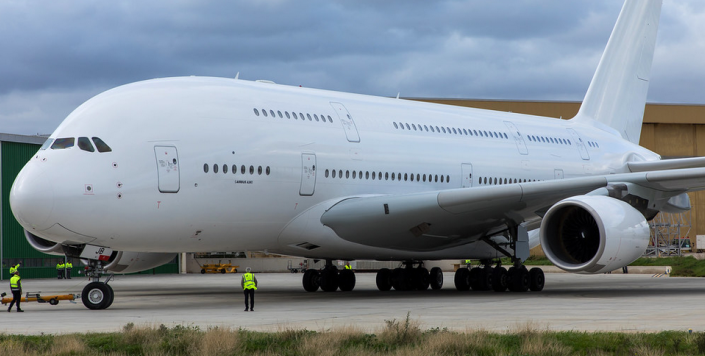 For fun and glory, let’s reverse engineer the theoretical worth price of my initial one cubic kilometer platinum bullion coin initially represented next to Manhattan island: 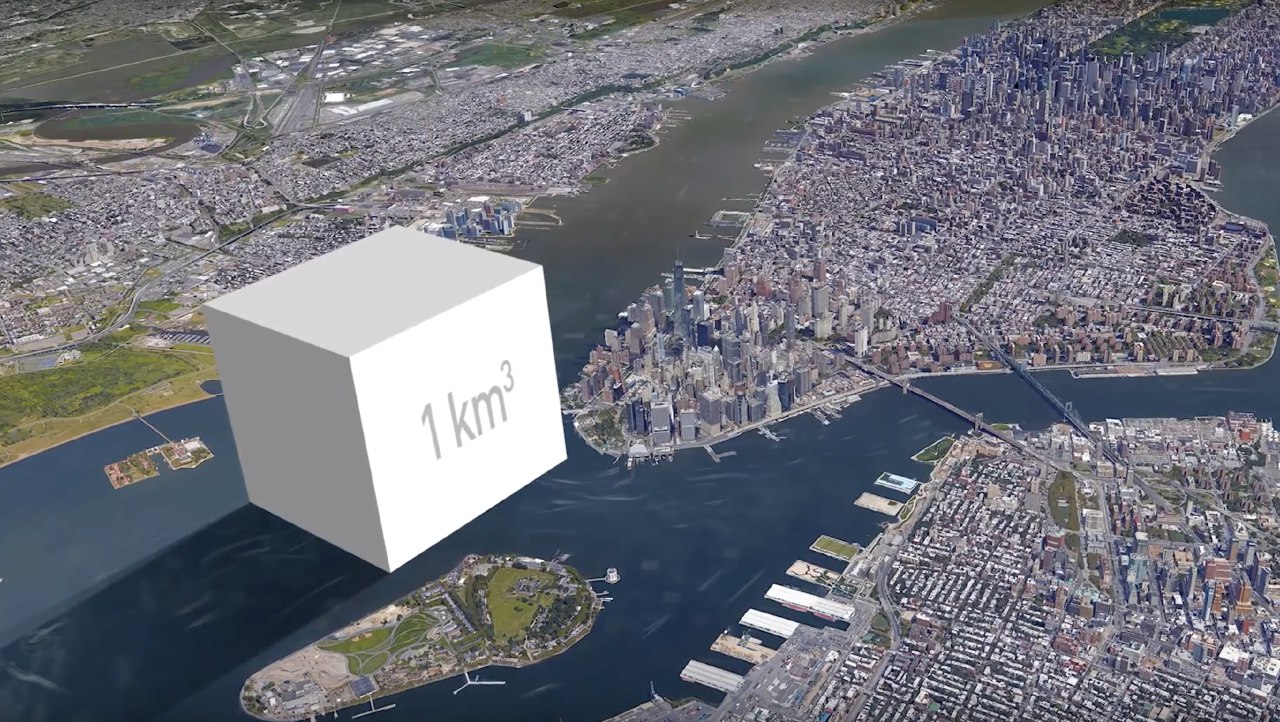 For this nothing easier, we just have to divide the volume of this cube by the volume of our theoric Trillion dollar platinum coin:

We can now confidently say that this cube is a 0.67 quintillion dollars bullion platinum coin!