Taking advantage of quotas on Windows Server 2016
« Back to home

In this short article, I will show you how to use directory quota on Windows Server in order to launch a Powershell script when a limit threshold is reached. Although those settings have been done on a Windows Server 2016, it would probably work the same way on a 2012 or 2008 R2 machine.

First, you need to install the File Server Resource Manager Role in the Windows Manager Console as shown in the screenshot below. 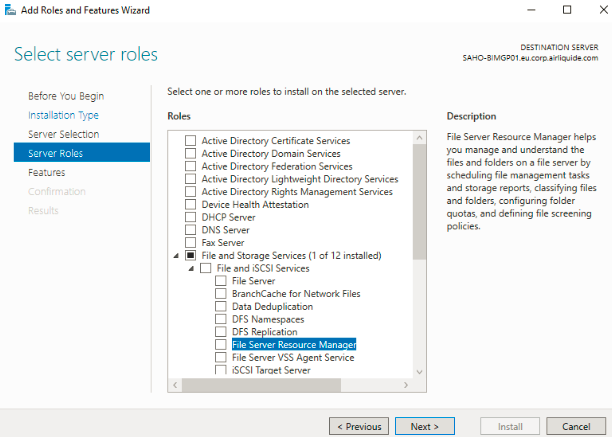 Once installed, right click on your server properties in the console and open the FSRM Role, on the left you should see a field called Quota Management, it contains two subfields:

By right clicking on a folder, we can now edit the properties of a quota, four actions are available: 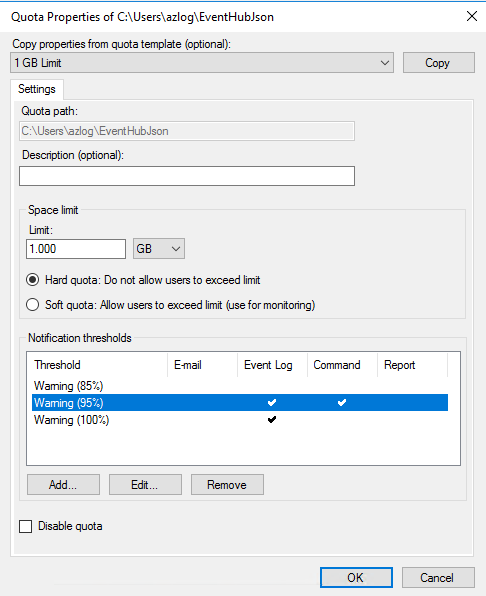 Let’s now write a Powershell script deleteold.ps1 to delete all files older than one month in the folder, which have probably already been forwarded to our analytic tool by that time.

Our script deleteold.ps1 takes two parameters, one mandatory which is the path to our folder, and another optional one which is the minimum age of the files we want to delete in days, 30 days by default.

The last step is to call this script as soon as the quota reaches 95% of its limit, which can be done in the quota settings as shown in the screenshot below. 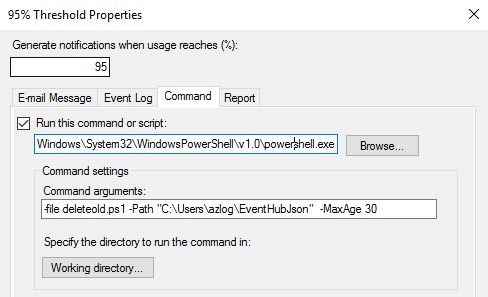